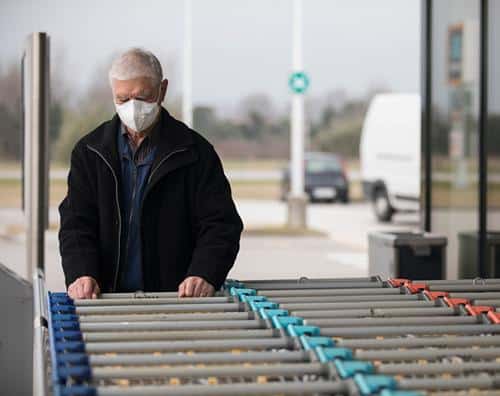 Since the pandemic has slightly begun to ease, we are slowly beginning to see the impact it had on retail. From small boutique clothes shops to high-street stores each store has been affected in some way or another.

On a random Thursday evening all educational institutes were told they would be closing for 2 weeks to ease the spreading of the first variant of the virus. Supermarkets and other stores were still permitted to stay open, so we went about the two weeks and continued working while waiting to hear with the colleges would decide to do. Little did we know those 2 weeks would turn into nearly two years of not stepping foot inside our colleges and instead normalising a nearly fully online education system.

As for work, it was eventually an on and off situation working between lockdowns and closures while also signing on and off and back on to the pandemic payment scheme and trying to obey all the government guidelines once the shops were allowed to open again. Many small shops and businesses were forced to adapt to this new lifestyle and had to begin to sell their products online in order to survive. Businesses were faced with a range of new challenges other than the mandatory closures, these included policy changes, shortage of stock and safety issues resulting in managers and owners having to act to address such issues as best they could.

Despite having nowhere to go and the social gathering bans, consumer demand increased by ways of online purchasing as people could not go into physical shops to browse.

Just as sustainability in fashion was starting to become more talked about and valued in the fashion world, I believe it took a drastic turn once the pandemic hit. With the productions of billions of disposable masks throughout the world the waste was immense. Masks became as plentiful as plastic in landfill and are still to be found on streets and in the ocean to this day causing harm to the environment and to animals. Many people were on the government payment schemes which resulted in an increase in impulse purchasing of fast fashion and luxury items, this resulted delays in many postal services due to the extreme increase in packages coming into the depots and a huge increase in plastic and paper wastage.

Company’s such as Arcadia who owned brands such as Topshop, Topman, Wallis, MisSelfridge were already struggling before the pandemic accelerated its decline.

They were examples of a high-street stores that were not doing well both online and instore. Arcadia had previously had threats of liquidation, but the mandatory closures of the stores made this much worse for them to the point of companywide closures and then Bankruptcy.

As the variants began to multiply it was more likely that people were to contract the virus, With the re-opening of shops this was to have a big impact on staff availability due to the long isolation and close contact isolation periods. As staff were contracting the virus those who were in close proximity to them were having to isolate and get tested too to prevent the further spread.

As result of this, covid worsened and variants became more plentiful and in December of 2021 many shops were left with a drastic decrease in their staff for the Christmas season which of course if the busiest season of the year. Many of us had to sacrifice Christmas and new year with our family’s due to contracting covid at work during that period. This resulted in a strain in our workplaces due to low staff and resulted in many places crying out for staff whilst people were un-enticed by the idea of working when they could remain on the covid payment.

In conclusion I believe that covid had both positive and negative impacts on retail.

Companies that had previously sold online worked out less effected whereas those who hadn’t didn’t fair out as well. Companies that had been struggling previously have had a tough time during the pandemic. However, I believe the downfall of the increase in online shopping due to the pandemic was an increase in packaging and wastage which although is good for business, has negative effects on the environment.

Enter your email address to receive valuable news and insights.

Select the fields to be shown. Others will be hidden. Drag and drop to rearrange the order.
Click outside to hide the comparison bar
Compare
Compare ×
Let's Compare! Continue shopping

We use cookies to ensure that we give you the best experience on our website. If you continue to use this site we will assume that you are happy with it.Ok